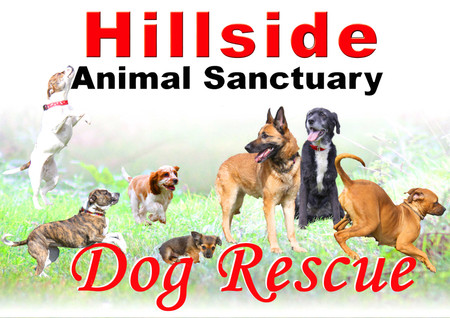 As you may know, Hillside was founded in 1995 to create public awareness of the suffering animals endure behind the closed doors of the factory farming industry.  However, in 2009 when we were asked to carry out an investigation with Channel Five to highlight the plight of thousands of dogs caught up in the many puppy farms, we were shocked to find puppies being intensively farmed mostly in miserable and cruel conditions reminiscent of how we regularly see cows, pigs, sheep and hens.  Puppies are transported all over the UK to be sold to unsuspecting animal lovers who very often find they have purchased a sickly, sometimes dying, animal.  So, in 2010 we set up Hillside Dog Rescue to encourage would-be dog owners to give a home to a rescued dog instead of supporting dog breeders by buying a puppy.

Our original kennelling and exercise paddocks, which have sheltered thousands of rescued dogs over the years, are now past their best and becoming in urgent need of restoration.  While some kennels are still usable, others need to be replaced to accommodate the increasing numbers of dogs we are now being asked to take in from all kinds of desperate situations.

If you would like to make a donation, however small, to help us provide these rescued dogs with a good standard of accommodation, you may do so here. Thank you for caring.